So the other day after the Relaxed Atmosphere a kid comes up to my door at the house. "I see you like minitrucks" he says. Well as it turns out the poor chap, who was about 15 years old had a minitruck he had to sell. He had some personal reasons. I didn't have any money but I could see that he needed some quick help. I called a few guys in the club and they didn't have any dough either. Luckily for me however, I had a 95 Mitsubishi Mighty Max sitting in my driveway that I was giving to my brother. 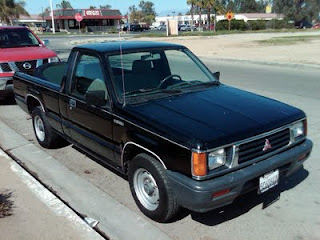 ﻿﻿After talking it over we came up with a straight trade for the S10 he owned. Now, if my brother is maintaining his grades he goes from a stock mitsu to a body dropped S10. So I don't want to hear any crap about me getting "Another" truck. This thing just kind of fell into my lap. The kid now has a stock vehicle to help him out, and I own a body dropped truck, that if all goes well my brother can cruise to school next year. If he gets his grades in order! 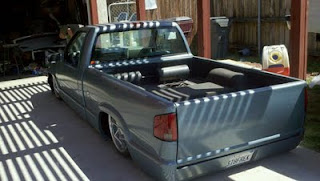