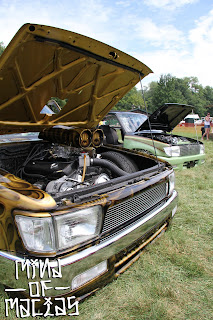 It's been a few days since I got back from my trip to Camp n Drag in Waveland, Indiana. I can honestly say that I'm still trying to get back to normal. It's 10:19 at night two days later as I sit here and type this and I'm still tired and recovering from all the partying I did with friends at the gorgeous park in Waveland. But I told myself I would post the pictures tonight so here I sit. 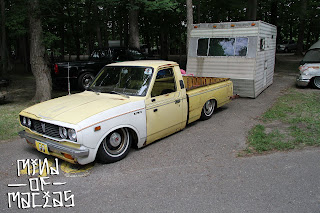 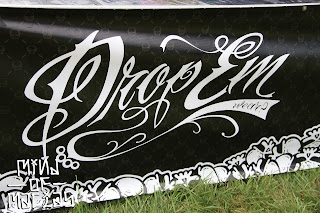 I arrived in Indiana at just after midnight on Friday the 15th, I was supposed to be there late Thursday night but my flight had a crazy delay in Phoenix Arizona. I didn't let that bring me down though because I knew that the weekend would make up for it. When I got to the park at about 4am, nobody was awake except for a huge crowd at the NR camp of course, and in the middle of it all was good ole' RJ. The rep for NR Indiana/Illinois and one of the promoters of the show. (the next morning he would tell me that he didn't even remember me getting to the show lol) Everybody was drunk so I just went to bed. No way was I going to try and party and reason with a handful of drunk asses. 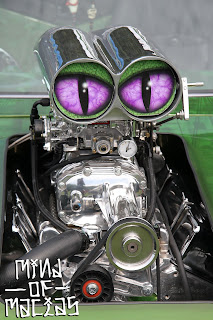 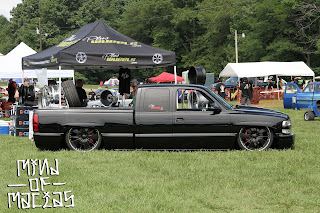 The Next morning I quickly realized that the park was already filling up. I could quickly tell that this years attendance was already bigger. Friday was sort of a blur. I went shopping to Walmart and picked up some Malibu in a bag, don't ask and started partying with hundreds of minitruckers. The nights festivities were awesome and a blur. I didn't go to bed until 6am...I think. 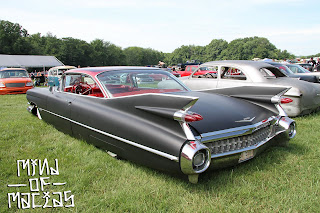 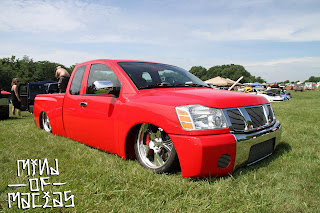 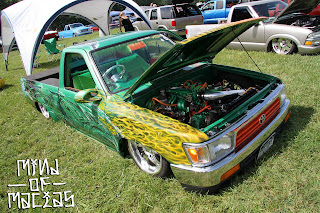 Saturday was show time! The sun was hot but not unbearable and the show field was filled with amazing trucks. Severed Ties clearly came to compete, not just to party. They had a big row filled with trucks, including passed feature trucks. All the big clubs were in the house and the mid-west definitely brought their "A" game. I was very impressed with the quality this year. If I had to say I was disappointed with one thing it was the amount of people dragging their roll-pans off and destroying their trucks. I can honestly say that I'm in no way shape or form impressed by the destruction of your truck, and the Trailer Balls; forget about it. If I was staff I would tell the guys with trailer balls to just park the trucks because first of all they barely spark at 5 mph and all you're doing is destroying the concrete. But enough of that, clearly not the staffs fault. 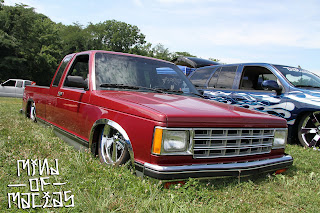 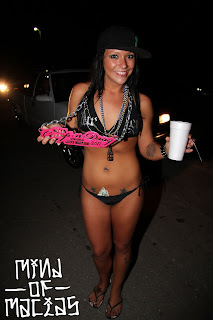 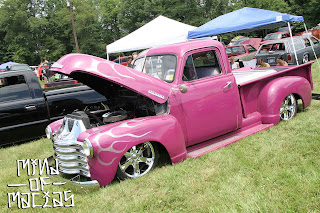 Speaking of the staff; they did an amazing job again. (Even the way they handled the Volley Ball incident, You're Welcome Bill!") I look forward to going back next year and I urge you guys to go as well. Shows like this are rare, so you should enjoy the ones you have. And if you plan on attending, don't ask where the host hotel is at because they don't have one. Bring a damn tent and don't be a chicken!!! 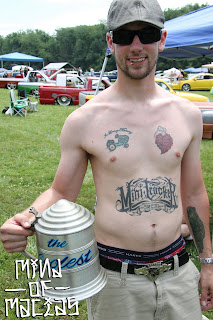 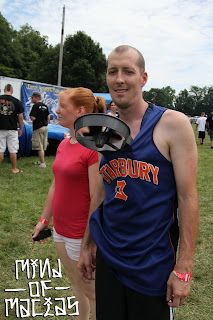