If you're old enough, you might remember the days when trucks were built to be shown, to be cruised and to be admired. But never to be destroyed. I've written enough in the past about my thoughts on destroying our trucks so I won't write a book. 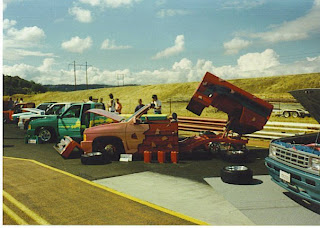 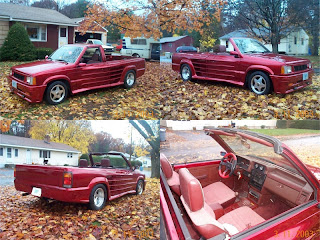 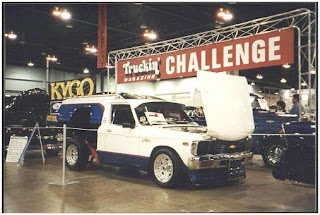 I just miss the days when we went to shows pulled a wheel, cleaned our trucks until the judges showed up and really cared. Granted, I haven't seen as much destruction of trucks as was popular a few years back, but it's become apparent to me that some guys still don't give a shit. Ripping roll pans off and bumpers, why? It doesn't make you look cool. Yelling "Drag It!" and being disappointed with the guy in the gorgeous truck with a $10,000 for not dragging it isn't my idea of being "a real mini-trucker." 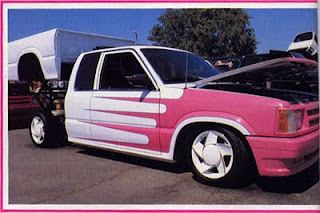 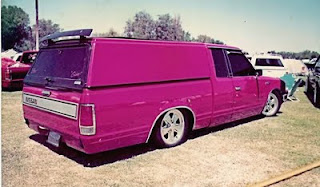 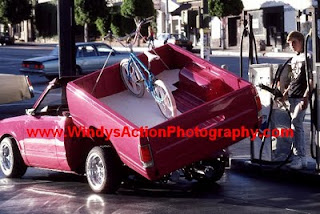 I've done my share of dragging. And don't worry this isn't a debate about tow balls, versus rockers. I'm not even saying don't drag. This is just saying, "Don't go out there and destroy your truck, cause you look like an ass!!!" I'm talking to the guys that don't pull off the ground the whole weekend until they've destroyed an entire bed side, or the entire strip of driving concrete we had. Feel free to send me your hate mail, rebuttal or praise to mindofmacias@gmail.com
Posted by Ernie Macias at 5:53 PM