I have a lot of history with the Forbidden Fantasy Show & Shine. You see it all goes back to before I was in No Regrets. I was actually in Forbidden Fantasy, which is a whole other story we won't get into today, but I was. The idea of throwing a show had presented itself before at club meetings and events, and we did host a few car washes from time to time but that was it. One day I came up with a great idea for a show when I drove by Fireworks in (which is now gone), I told Brian about it and he took off with it from there. All the credit of course belongs to the club and all it's members because they made it what it is today, but I did have a part of it. As far as the history of the show with me, that's it in a nutshell I suppose. This show has always held a special place in my heart for those reasons. 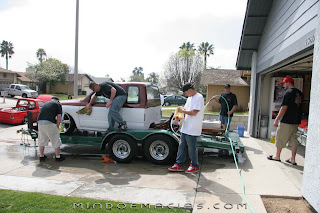 The other thing about this show is it has become a huge deal for No Regrets as well. We usually have a strong showing first of all. Second, we host a pre-party of sorts, I say that because it's not an official pre-party, it has no affiliation with FFF or any of it's members (Shhh, don't worry Joey, we won't tell that you come every year.) Several clubs come to this pre-party and to me, it's a great way to stay out of trouble in the hotels. The other big thing about this show for me personally is that I'm usually playing host to a few out of town members of No Regrets. For example this year, guys from , and came out early. Other chapters present were , , , Nor Cal, So Cal, and . This year my work schedule didn't really allow me to have a lot of flexibility with hanging out but I still managed to see the guys after work and a few guys at work when they came in to the tattoo shop I work at to get tattooed. This was mainly Thursday and Friday. 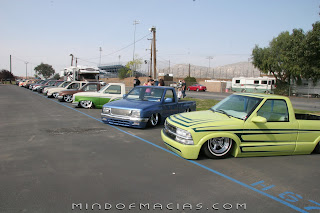 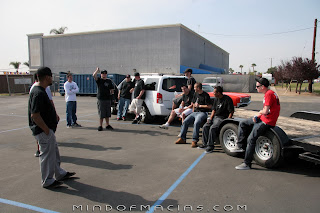 When Saturday rolled around we rolled into the show at noon. We probably hung out longer than we needed to and then ended up at the party at Jays house in Nuevo afterwards. The party as always was a huge success and a ton of friends were present. I don't think we'll be able to have the party again next year, at least not at Jays house, but only time will tell.
On Sunday we rolled in pretty deep this year. Not the deepest we'd ever rolled, but impressive nevertheless. We rolled in 28 body drops and about 35 vehicles total. As far as the show numbers, what I heard was somewhere around 700 which is about normal for this show I think. It has been known to pull in more, and the only time it's ever pulled less is when the weather sucked. 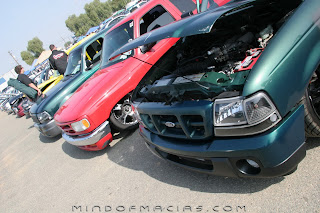 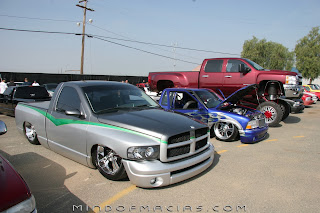 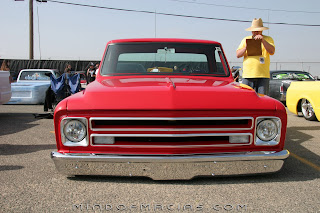 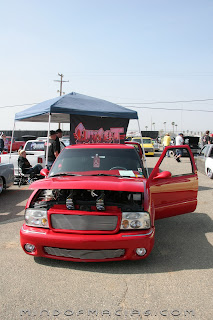 No Regrets brought home a few trophies including third place participation. All in all it was a good weekend. I definitely look forward to next years show and hanging out with my club members. This show wouldn't be possible without the hard work of all the members of Forbidden Fantasy and I know that I for one am very thankful to them and for what they do. I can tell you one thing, I'm really looking forward to next year already and many more years after that.
CLICK BELOW FOR THE SHOW COVERAGE
Forbidden Fantasy 2001 - Flicker 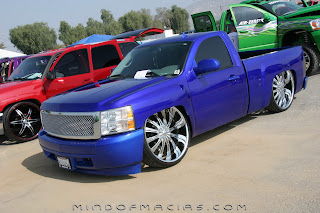 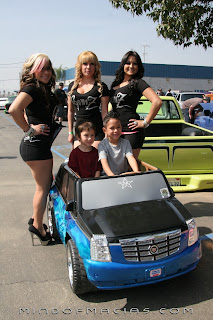 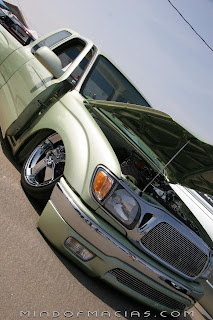