Lowlife Video: No Regrets Issue 2 behind the scenes

The story of how I met the Lowlife Mike we all know and love now starts the day he came out to shoot my truck.

It was early March of 2004 and Lowlife Mike was shooting the Forbidden Fantasy show, we had met briefly before but to tell you the truth I didn't even  know his name. I just knew him as the "Camera Man" for Lowlife Video. He came up to me and asked for an interview with me and NR 1 my bright red 1994 Mitsubishi Mighty Max. As we were interviewing I noted that I had sold the Mitsu and that it was leaving that following week. Mike continued filming and the day went on.

A few days later I got a call from Mike asking me if he could come film the truck before it left, he had a sense of urgency in his tone, I found out later that NR 1 was Mikes most favorite Minitruck of all time . "Sure, come on down" is what I said. But the truck was leaving Thursday and this was a Monday that he had called me on, I didn't know if it would work out. A few hours later Mike called me and asked if we could pick him up at the airport Tuesday late night, what the hell does this guy do for a living I thought, who can take time off like that? Steve Wilk and I went to the airport picked up Mike and treated him to some Dennys later that Tuesday night. He laid out a plan to shoot the truck on Wednsday just in time for the truck to be ready to leave. He also noted that we should get a model, wich I knew would be tough on such short notice but luckily for me my good friend Lori was available and the shoot was a huge sucess and would later end up on the Cover of Lowlife Video Issue #2 which is actually called No Regrets. 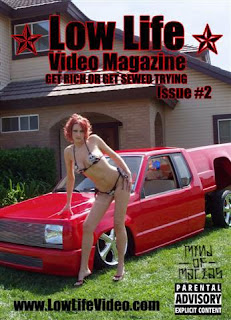 The truck left on Thursday as planned and then I asked Mike the question that would shape the next few years of both of our lives. Seriously!

"Do you want me to take you to the airport or do you want to go to Las Vegas with me for the Underground Minis Freemont Experience show?"

Wow, I didn't know what I got myself into because he of course he opted for Vegas, we partied and the rest is history. We spent the next five years on tour with Lowlife Video which was easily one of the best years of my life. 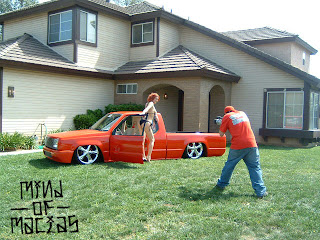 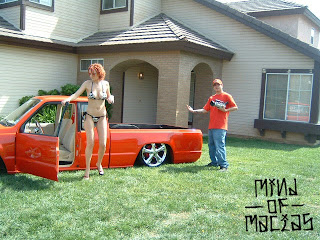 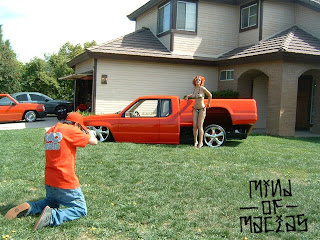