It was a blazing hot Saturday in August when Severed Ties started what I hope will be a new show to the lacking So Cal show line up. When I say blazing, I mean it too. It wasn't Texas ridiculous hot, but it was hot enough.

Click here to see the entire set on Flicker 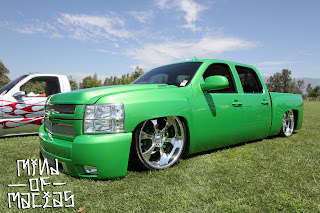 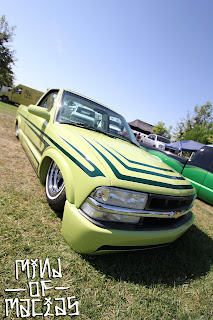 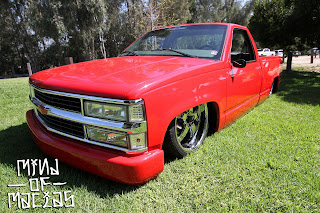 When I first pulled up to the show grounds I loved it. It had the old school Cali vibe that takes you way back to when MiniTruckin' was a weekly thing here in So Cal. Not only was it centrally located in So Cal but the park was great. It had a swimming pool and tons of playgrounds for the kids. Being a dad this is great, and any show in a park beats a parking lot show any day. The show wasn't over capacity but it was great for a first year show. The amount of quality was high and all the clubs that you would expect to see in So Cal were in attendance.

Their was a particularly strong showing of Negative Camber and I saw lots of old faces. It was also great to see so many "Tito" shirts at the show. Jeff Davy from Devious Customs had Courtney's truck at the show and it looked great. He's doing an awesome job with it. I heard they worked on it all night and hadn't even slept yet. 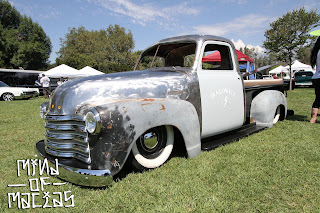 The trophies at this show were some of the best ones id seen yet. They were really nice plaques and the best of trophies were cut out of metal and placed on really nice stands. I'm glad they weren't those shitty plastic ones that were used to seeing. A nice plaque will go up on the wall to be admired. A big plastic gold thing just ends up in the garage or a trash can. 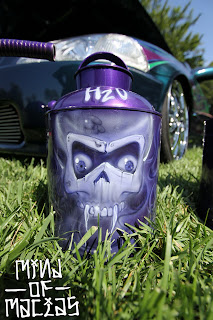 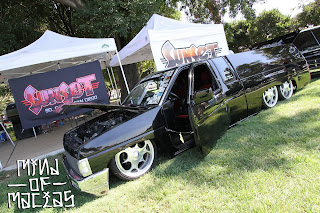 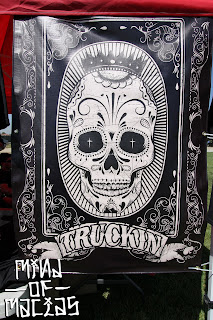 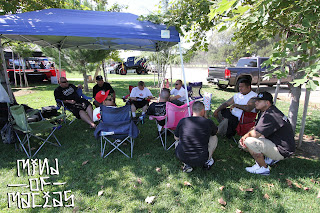 It was a great show, a great turn-out and an even more amazing Atmosphere. I look forward to next year where hopefully I'll have a truck to bring of my own. Thanks to the Severed Ties guys for adding a show in So Cal. If it's one thing we need here in So Cal it's more shows to get people motivated back into the garage to build some kick-ass minitrucks. 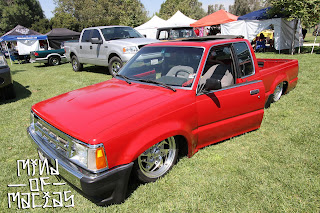