CLICK HERE TO SEE THE REST OF THE SHOTS

These Pictures are from our first trip to The Indy Truck Bash in Indiana. I remember that every truck we shot this weekend for Lowlife Video was from Relaxed Atmosphere. 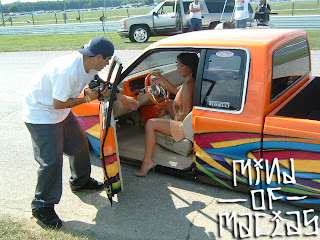 This was a hell of a trip, Mike Venegas and I traveled by stand by all the time which means you may or may not get on the flight. To make it even more interesting this time we took a few friends with us. So now it was four of us on the road. We ended up in Ohio and drove a rental car to Indiana. Along the way we got pulled over on the highway and it would be one of two times we got pulled over while in Indiana. 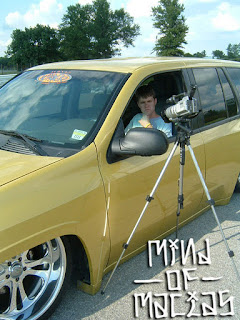 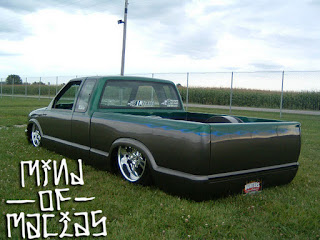 I did end up getting a ticket for speeding, but luckily the cop didn't bust us for open container. You see while I was mashing out on the highway, good ole' Mike Venegas was drinking a good Bud Light. Instead of stashing the beer right away, he pounded it just before the cop got to the window. And where do you hide a beer, in the glove box of course, right next to my wallet. Luckily we the cop didn't notice and let us go on our way.

Years later Lowlife Mike would be banned from this show, for running the Golf cart down the raceway and later into his own booth. GOOD TIMES!!!

If you were there, you would know. For the Lowlife crew it was always a non stop party. I just wish in these early days I would have taken more pics. Keep an eye out for more pics from the early days which I'll be posting over the next week.
Posted by Ernie Macias at 7:18 PM