Just Another Day at Work

As the Shop manager for Tattoo Revolution I always have to come up with interesting ways to get the shop name out there. Of course having a friend like Lowlife Mike makes it easier for me, because after all he has a great talent. I knew that Mike liked getting tattooed so I figured why not use his talents to help us out, and help him out at the same time. 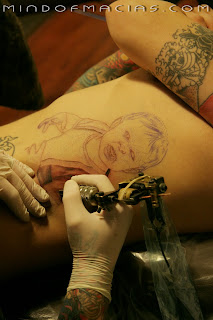 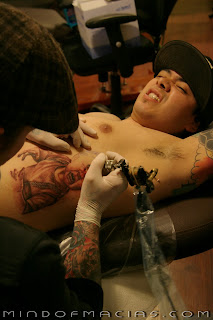 I asked Mike to help me make some clips and so far we've made two. The first was a clip for Marc Jackson; it was a hand Tattoo. On 2-23-11 he came into the shop to do the second clip and had Aaron Funk tattoo a portrait of his daughter on his ribs. It was about a four hour process and we filmed the whole thing. We did take it a step further and did it live also. Sure, it wasn't as awesome as we envisioned but we learned a crap load of things through the process. First we learned that we need to turn the audio on and we should probably use a station that has a better vantage point for placing the cameras. 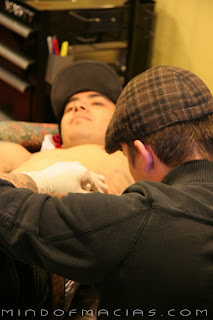 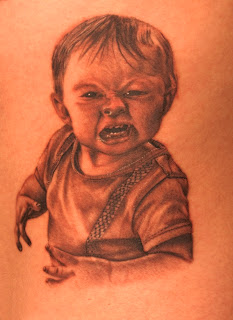